Anglais
The CETA must not be ratified by the EU Member-States ! 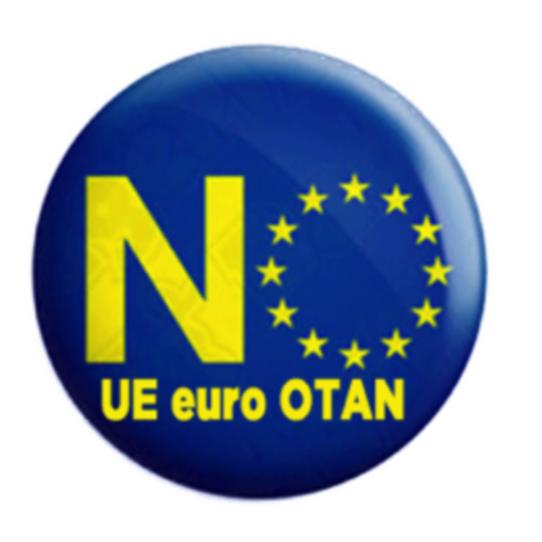 I.- To cancel all the neo-liberal « reforms » adopted these last forty years.

II.- To reconquer French sovereignty in the political, military and diplomatical fields, by seceding from the European Union, by exiting NATO, by deglobalising, in order to build new international relationships based on co-development.

Lire la suite...
Le Pardem
English - Anglais
“For the defence of the people’s dignity, we must refuse the threats, political blackmail and interv...

Before the servitude of the Spanish government and the political agents who negotiate and prepare new budget and public expenditure restraints for the accomplishment of the 2017 deficit objectives dictated by the Eurogroup and European Commission, the undersigned address to the citizenship, and political, social and civic organisations

During the referendum on June 23rd, 2016, the British people, especially the working class and social strata massacred by neoliberal globalization, decided reclaim popular sovereignty and democracy. This is a huge victory for freedom and peace. The downpour of propaganda from the mainstream media, the threats and ultimatums from multinational firms’ leaders and EU heads of States, did not have the expected effect.

The European Union aims only at suppressing nations' sovereignty in order to make neoliberal policies permanent. These policies' purpose is to favor the richest by crushing the poorest.

The Brexit victory is a blow to that system which must be dismantled.

The betrayal of its self-proclaimed principles of justice, fraternity, freedom, cooperation, solidarity and peace by the institutions of the European Union appeared clearly in occasion of the recently signed treaties with the United Kingdom and Turkey. The mask has fallen and the real nature of the EU has appeared in front of the public.